His current research interests are in the device applications and the growth kinetics of InGaAs/GaAs strained layer quantum dot device, InGaAs/InAs room temperature infrared light emitting diode and photodetector incorporated with photonic crystal filter for applications to the pollution detection and biological reaction of cells. He is developing plasmonic infrared thermal emitter based on surface plasmon and applies it to the studies of plant growth and signal trasduction in neurons.  In addition, he is also interested in hydrogenated and deuterated amorphous and poly-silicon (carbon, germanium) hydrogen material and devices, such as thin film transistors, neural network image sensors, flexible electronics and solar cells.  He has moved into the area of Si nanowire transistors and successfully developed the electric field assisted directional growth of Si nanowire and one dimensional devices. Since 1988, he pioneered a research work on the Chinese traditional qigong and somatic science. 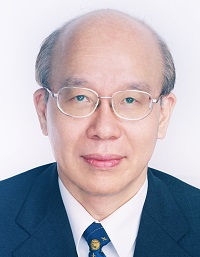