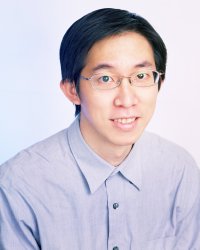 Shao-Yi Chien received the B.S. and Ph.D. degrees from the Department of Electrical Engineering, National Taiwan University (NTU), Taipei, Taiwan, in 1999 and 2003, respectively. During 2003 to 2004, he was a research staff in Quanta Research Institute, Tao Yuan County, Taiwan. In 2004, he joined the Graduate Institute of Electronics Engineering and Department of Electrical Engineering, National Taiwan University, as an Assistant Professor. Since 2008, he has been an Associate Professor. His research interests include video segmentation algorithm, intelligent video coding technology, perceptual coding technology, image processing for digital still cameras and display devices, computer graphics, and the associated VLSI and processor architectures. He has published more than 180 papers in these areas.

Dr. Chien serves as an Associate Editor for IEEE Transactions on Circuits and Systems for Video Technology, IEEE Transactions on Circuits and Systems I, and Springer Circuits, Systems and Signal Processing (CSSP). He also served as a Guest Editor for Springer Journal of Signal Processing Systems in 2008. He also serves on the technical program committees of several conferences, such as ISCAS, ICME, SiPS, A-SSCC, and VLSI-DAT.