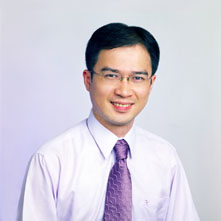 JianJang Huang received the B.S. degree in Electrical Engineering (EE) and the M.S. degree in Graduate Institute of Photonics and Optoelectronics (GIPO) from National Taiwan University (NTU), Taipei, Taiwan, in 1994 and 1996, respectively, and the Ph.D. degree in Electrical Engineering from the University of Illinois, Urbana-Champaign, in 2002. Prof. Huang is a member of the Phi Tau Phi Scholastic Honor Society.  He received “Wu Da-Yu” award in 2008, the most prestigious one for young researchers in Taiwan sponsored by National Science Council. And in the same year, he received the award for the most excellent young electrical engineer from the Chinese Institute of Electrical Engineering.   He is the chairman of GIPO NTU and the director of Innovative Photonics Advanced Research Center, NTU.   He was the chair of SPIE (San Diego, CA, USA), Optics & Photonics, International Conference on Solid State Lighting from 2011~2015, and the executive secretary of Taiwan Photonic Society from 2013 to 2016.  He has been involved in several industrial and venture positions, including the board director of Unity Opto in Taiwan (2019~now), Global Communication Semiconductor, Inc. in CA, USA (2011~2019), Tacbright Optronics Corp. in Taiwan (2013~2016) and TMP co. in Taiwan (2012~2013).  In academia, he currently serves as the Editor of IEEE, Transactions on Electron Devices, the Associate Editor of IEEE, Transactions on Nanotechnology, and the IEEE EDS committee member of Optoelectronics.  He is a fellow of SPIE and OSA.