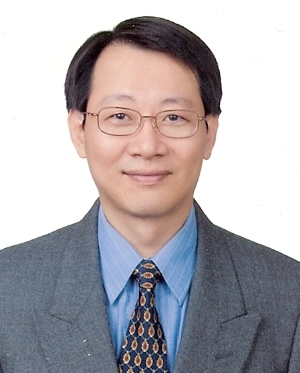 Prof. Lin has (co)authored more than 150 papers in SCI-ranked journals and over 200 papers in international conferences. Prof. Lin was invited as the steering committee of CLEO-PR and APMP, the technical program committee of OSA Nanophotonics, IEEE OMEMS and Nanophotonics, ICAIT, ACP, and OPT etc.  He has given several invited talks in Asia Pacific Optical Communication Conference (APOC) and SPIE Photonics Europe 2006, etc. Prof. Lin also served as the associate editor and editorial board member of  "Journal of Nanomaterials", "Current Nanoscience",  and the "Recent Patents on Engineering", he is also the referee of several journals published by the IEEE/LEOS, OSA, and Elsevier Science. He received three times the researching awards from National Science Council in 1997, 1998, and 2000, and was included in Who’s Who in Science and Engineering, 6th Ed. since 2002 for recognizing his contribution to optical science and engineering. His work has also been recognized by the ultrafast community and awarded the 2000 Tien Jea Bien Young Scholar Prize by the Optical Engineering Society of R. O. C. for outstanding achievement in the field of Photonics by the age of 34. Prof. Lin was elected by the International Biographical Center as the international Scientist of the Year 2002, he also received the Third Best Scientific and Technical Paper Award (with co-authors) from the Far Eastern Y. Z. Hsu Science & Technology Memorial Foundation of R. O. C. in 2004, the Young Scholar Research Award from NCTU in 2005, and the Award of Outstanding Youth Electrical Engineer from SIEE in 2005. To date, Prof. Lin was promoted as a senior member in the Laser and Electro-Optics (LEOS) society of IEEE since 2004.  He is a Fellow of SPIE (FSPIE) since 2008,  a Fellow of IET (FIET) since 2009, a Fellow of IOP (FInstP) since 2010, and a Fellow of OSA since 2014.  Prof. Lin received the Distinguished Research Award from National Science Council (國科會傑出獎) in 2011 and the Distinguished Professor of Electrical Engineering Award (中國電機工程學會-傑出電機工程教授獎) from the Chinese Institute of Electrical Engineering in 2013.