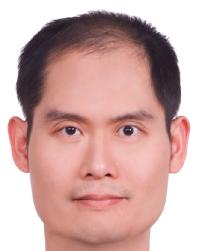 Po-Ling Kuo has received his M.D. and M.S. with concentration in electrical engineering from National Taiwan University at 1994 and 1998, respectively. He has finished his residency at the National Taiwan University Hospital, and practiced as an attending physician specialized in rehabilitation for three years. He thereafter went to the U.S. and got his Ph.D. in engineering sciences at Harvard University at 2008. His expertise includes micro-nano tissue engineering, analysis of mechanics and self-organization in biological systems at micro scales, and rehabilitation medicine. His current field of research focuses on the influence of microenvironment on tissue development, pathogenesis, aging, and repairing. He is interested in the mechanics between cell, extracellular matrix, and adjacent cells, in particular its role in the morphogenesis and differentiation of cell and tissues.