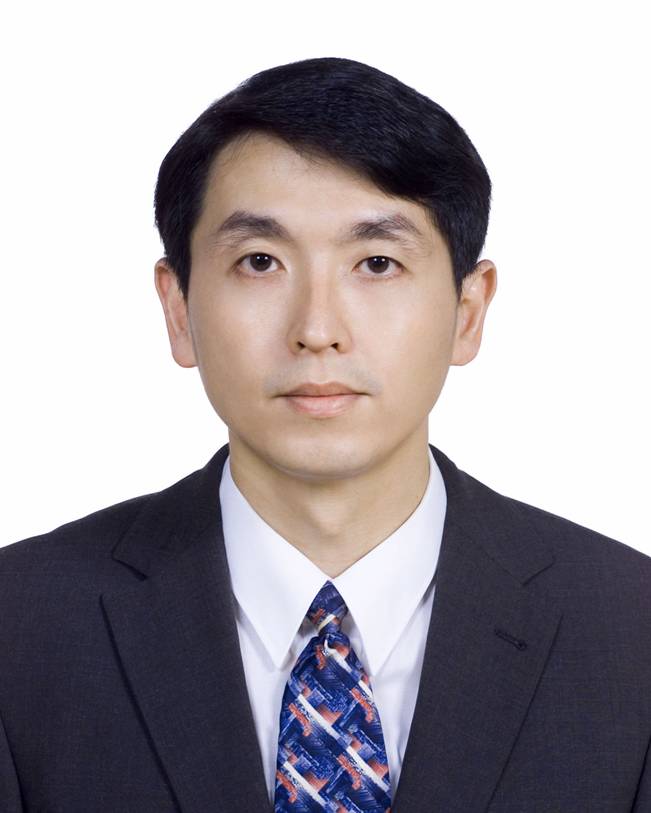 Liang-Hung Lu (呂良鴻) was born in Taipei, Taiwan, in 1968. He received the B.S. and M.S. degrees in electronics engineering from National Chiao-Tung University in 1991 and 1993, respectively, and the Ph. D. degree in electrical engineering from the University of Michigan, Ann Arbor, MI, in 2001. During his graduate study, he was involved in SiGe HBT technology and monolithic microwave integrated circuit (MMIC) designs. From 2001 to 2002, he was with IBM Watson Research Center, Yorktown Heights, NY, working on low-power and RF integrated circuits for silicon-on-insulator (SOI) technology. In the August of 2002, he joined the faculty of the Graduate Institute of Electronics Engineering and the Department of Electrical Engineering, National Taiwan University, Taipei, Taiwan, where he is currently a Professor. His research interests include CMOS/BiCMOS RF and mixed-signal integrated circuit designs. Dr. Lu is a member of Phi-Tau-Phi Scholastic Honor Society of Republic of China.