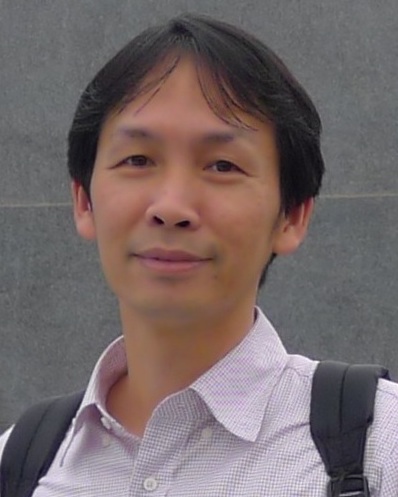 Tsung-Hsien Lin received the B.S. degree in electronics engineering from National Chiao-Tung University, Taiwan. He received his MS and Ph.D. degrees in electrical engineering from UCLA, in 1997 and 2001, respectively. In 2000, he joined Broadcom Corporation, Irvine, CA, where he was a Senior Staff Scientist, during which time he involved in wireless transceiver developments. In 2004, he joined the Department of Electrical Engineering, National Taiwan University, Taiwan, where he is currently a Professor. His research interests are the design of wireless transceivers, clock and frequency generation systems, delta-sigma modulators, and transducer interface circuits.

Dr. Lin was the recipient of the Best Presentation Award for his paper presented at the 2007 IEEE VLSI-DAT Symposium, and the co-recipient of the Best Paper Award at the same Symposium in 2015. He served on the IEEE Asian Solid-State Circuit Conference (A-SSCC) Technical Program Committee (TPC) from 2005 to 2011 and was the TPC Vice-Chair of 2011 A-SSCC and TPC Chair of 2017 A-SSCC. He was a Guest Editor for IEEE Journal of Solid-State Circuits (JSSC) in 2012 and 2018, and was an Associate Editor for the same journal from 2013 to 2015. He served on the ISSCC International Technical Program Committee from 2010 to 2016, and was the Far-East Regional Committee Chair in 2016 ISSCC. He served as TPC Chair and General Chair of 2020 and 2021 VLSI-DAT Symposium, respectively.