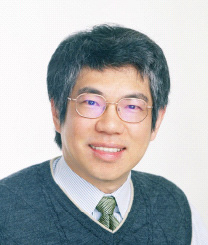 He is presently a Distinguished Professor of Electrical Engineering at National Taiwan University, where he initially joined in August 1990.  He has served as Director of NTU Computer and Information Networking Center since February 1st, 2014. He  served as Chairman of the Electrical Engineering Department from August 2010 to July 2013.  From August 2007 to July 2010, he took a sabbatical leave of absence to serve as Dean of School of Information Sciences at Kainan University in Taoyuan, Taiwan. From August 1986 to July 1990, he was an Assistant Professor of Computer Science at Iowa State University, Ames, Iowa, U.S.A.

He is an editor of the International Journal of Foundations of Computer Science (IJFCS), World Scientific Publisher.  Aside from regularly serving on program committees of various international conferences  in theoretical computer science, he was the general chair of the 9th International Symposium on Automated Technology for Verification and Analysis (ATVA 2011),  program co-chair  of the 16th International Conference on Developments in Language Theory (DLT 2012) and program co-chair  of the 11th International Conference on Implementation and Application of Automata (CIAA 2006). He is also a member of the steering committees of CIAA and ATVA. He is a recipient of the NSC (National Science Council, Taiwan) Distinguished Research Award for his research work. His current research interests include automata theory and formal languages, Petri net theory, graph drawing, design and analysis of algorithms, and formal methods.