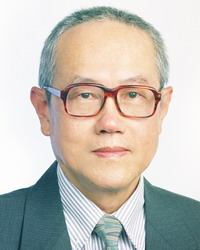 His areas of interest include microwave circuit analysis and computational electromagnetics..