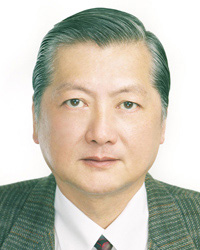 From 1982 to 1984, he was with ITT Gilfillan, Van Nuys, CA, where he was engaged in research and development pertaining to radar antenna systems. In 1984, he joined the faculty of the National Taiwan University, Taipei, Taiwan, where he is currently a Professor with the Electrical Engineering Department. From 1992 to 1995, he was the Department Chairperson there. In August 1997, he established the ninth college, College of Electrical Engineering and Computer Science, in the National Taiwan University, and served as the first Dean of the College until 2003. His current research interests include the design and analysis of slot antennas, microstrip antennas, and microwave and millimeter-wave integrated circuits.

Dr. Hsu is a Fellow of IEEE and a Distinguished Professor of National Taiwan University.