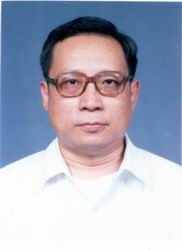 From 1976 to 1981, he was an assistant researcher of Chung Shan Institute of Science and Technology. He worked for missile and fire control system projects. He joined the Department of Electrical Engineering, National Taiwan University in 1985 as an associate professor. Since 1990, he has been a professor at the same department. He was the visiting professor of EE Department of Stanford University from October 2002 to February 2003.  His research interests include linear multivariable systems, generalized systems, numerical algorithms, and satellite navigation systems.