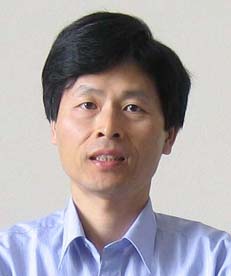 Since 1986 he has been on the faculty of the department of electrical engineering at National Taiwan University, Taipei, Taiwan, where he is currently a professor. From 1995 to 2001, he also served as the director of computer operating group of computer and information network center, National Taiwan University. He was a visiting scholar in Department of Electrical Engineering, University of Washington, Seattle during the academic year of 1998-1999. From 2001 to 2003, He has been served as the Department Chair of Department of Electrical Engineering, National Chi Nan University, Puli, Taiwan for the 2-year appointment. His research interests include parallel and distributed computing, embedded systems, and  compter security.

Dr. Wang is a member of the Association for Computing Machinery and IEEE computer societies. He is also a member of Phi Tau Phi Honor society.