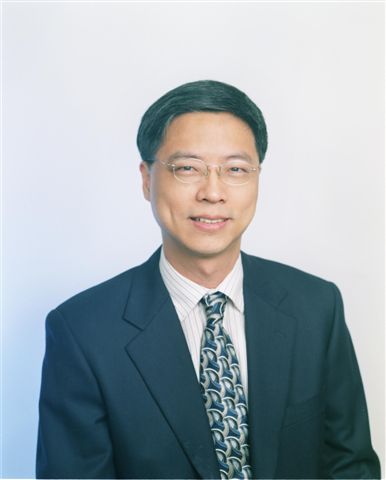 From August 1995 to July 1996, he was a Member of Technical Staff (MTS) at AT&T Bell Laboratories, Murray Hill, NJ, working on high-speed transmission IC designs. From 1996 to July 2000, he was with the Electrical Engineering Department of National Central University, Taiwan. In August 2000, he joined the faculty of the Department of Electrical Engineering and the Graduate Institute of Electronics Engineering, National Taiwan University (NTU), where he is currently a Professor. His research interests include low-power/high-performance VLSI architectures for DSP and communication applications, adaptive/multirate signal processing, reconfigurable broadband access systems and architectures, bio-medical signal processing, and System-on-Chip (SoC)/Network-on-Chip (NoC) platform for software/hardware co-design. He has published more than 190 refereed journal and conference papers in above research areas, together with five book chapters and 16 granted US patents.

Dr. Wu had served as Associate Editor in several leading IEEE journals in circuits and signal processing areas, such as the IEEE TRANSACTIONS ON SIGNAL PROCESSING, the IEEE TRANSACTIONS ON CIRCUITS AND SYSTEMS—PART I, the IEEE TRANSACTIONS ON CIRCUITS AND SYSTEMS—PART II, and the IEEE TRANSACTIONS ON VERY LARGE SCALE INTEGRATION (VLSI) SYSTEMS. He acted as the Lead Guest Editor of the special issue of “2010 IEEE Workshop on Signal Processing Systems (SiPS) in JSPS (published in Nov. 2011), and the special issue of “Signal Processing for Broadband Access Systems: Techniques and Implementations,” in EURASIP Journal on Applied Signal Processing (published in December 2003). He also acted as the Guest Editor of a special issue of “Low-Power, Reliable, and Secure Solutions for Realization of Internet of Things,” in IEEE Journal on Emerging and Selected Topics in Circuits and Systems (published in March 2013). He also served on the technical program committees of many major IEEE International Conferences, such as ISCAS, ICASSP, SiPS A-SSCC, AP-ASIC, SOCC, and ISPACS. Prof. Wu served as the General Co-Chair of 2013 International Symposium on VLSI Design, Automation& Test (VLSI-DAT), and 2013 IEEE Workshop on Signal Processing Systems (SiPS). He also served as Technical Program Co-Chair of 2014 International SoC Design Conference (ISOCC) and 2014 IEEE Asia Pacific Conference on Circuits and Systems (APCCAS). From 2012 to 2014, he served as the Chair of VLSI Systems and Applications (VSA) Technical Committee (TC), one of the largest TCs in IEEE Circuits and Systems (CAS) Society. He is now a Steering Committee Member of IEEE Trans. VLSI Systems on behalf of CASS, and a Senior Editorial Board member for IEEE Journal on Emerging and Selected Topics in Circuits and Systems (JETCAS). Starting from Jan. 2019, he will serve as Deputy Editor-in-Chief (DEiC) of JETCAS.

In 2015, Prof. Wu was elevated to IEEE Fellow for his contributions to “DSP algorithms and VLSI designs for communication IC/SoC.” Starting from August 2016, he serves as the Director of Graduate Institute of Electronics Engineering (GIEE), National Taiwan University.