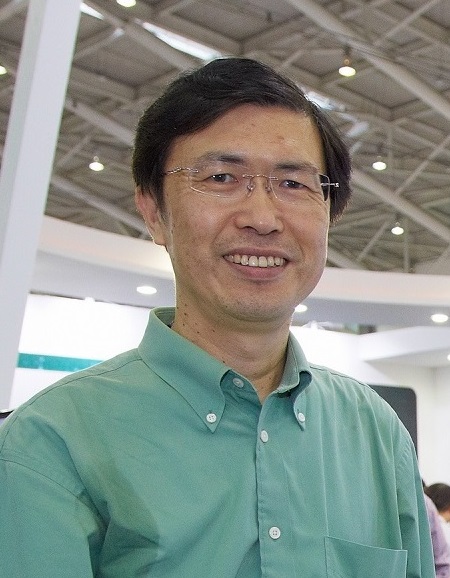 Feng-Li Lian（連豊力）was born in Taichung, Taiwan in 1970. He received the B.S. and M.S. degrees from National Taiwan University in 1992 and 1994, respectively, and the Ph.D. degree from the University of Michigan in 2001. From 2001 to 2002, he was a postdoctoral scholar at California Institute of Technology. Since 2002 he has been in the Department of Electrical Engineering, NTU, and, from 2009 to 2013, he was also the Division Director of Information Management, Computer & Information Networking Center, NTU. He is the recipient of the Youth Automatic Control Engineering Award (青年自動控制工程獎) from Chinese Automatic Control Society, Taiwan, in 2007, the Outstanding Youth Award (傑出青年獎) from Taiwan Association of System Science and Engineering in 2012, the Dr. Wu, Da-You Memorial Research Award (吳大猷先生紀念獎), National Science Council, Taiwan, in 2012, the Excellent Young Scholar Research Grant (優秀年輕學者研究計畫), National Science Council, Taiwan, in 2012-14, and the NTU Excellent Teaching Award (教學優良獎) 8 times in 2007-08, 2010-13, 2018-19. His current research interests include distributed and networked control systems, multiple dynamical agent systems, trajectory generation and path planning.