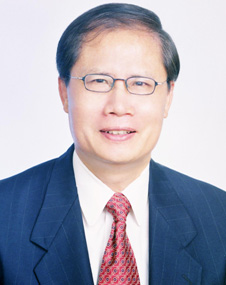 From 1979 to June 2003, he was with the EE department of Virginia Tech., first as an assistant professor and later as a full professor. He was a core faculty of the prestigious National Science Foundation Center of Excellency in Power Electronic Systems established in Virginia Tech from 1998 to 2003. In 1986, he co-founded Motion Control System Inc. in Virginia, a company dedicating to high end brushless DC motor and power electronic device, and served as consultant until 2002. Since September 2003, he has been with National Taiwan University EE dept. as a full professor. He is a university distinguished professor,and is the founding director of Green Electric Energy Research Center in the college, and a UMC Green Power Chair Professor.

He has published one IEEE-press book in 1984 “Power Transistors and Their Applications”, over one hundred papers, one tutorial article “Power Semiconductors Devices, tough, fast and Compact” in 1987 in the prestigious IEEE Spectrum magazine, and holds ten US patents all in the field of power electronics. He has co-received IEEE Aerospace Society Barry Carlton award in 1975, and also co-received the 1998 society best paper award of IEEE Power Electronics Society.