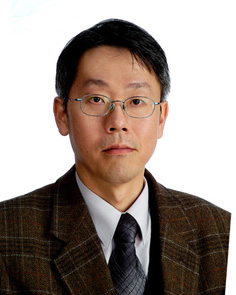 From 1989 to 1992, Dr. Chung was with the LinCom Corporation, Los Angeles, where he worked on analytical and simulation modeling of scientific and military satellite communication systems. From 1992 to 2005, he joined the faculty of the National Central University (NCU) in Taiwan. At NCU, he founded the Advanced Communication Laboratory in 1998, the Graduate Institute of Communication Engineering in 2000 and the Communication Engineering Department in 2003, and was the founding heads of these organizations. Since 2005, he has been on the faculty of the National Taiwan University, where he is now a Distinguished Professor of the Electrical Engineering Department and the Graduate Institute of Communication Engineering. Prof. Chung was endowed with the SiS Technology Chair for the 2009 academic year at NTU. His current research interests include digital modulation theory, wireless communications, spread spectrum communications and statistical signal processing. He has published more than 80 journal and conference papers and holds 6 patent rights in these areas.

Dr. Chung received the Group Achievement Award from the National Aeronautics and Space Administration, USA, in 1991; the Young Scientists Award from the International Union of Radio Science in 1993; the annual Research Award from the National Science Council, ROC, in 1992 and from 1994 to 2001, the Kentucky Colonel grade from the Commonwealth of Kentucky, USA, in 2003, and the FORMOSAT-2 Satellite Project Award from the National Space Center, ROC, in 2005. In 2005, Dr. Chung was ranked as the first-grade project investigator by the National Science Council, ROC. He served as the Chairman of IEEE Information Theory Society, Taipei Chapter, from 1997 to 1999, and the Secretary of Taipei Section from 2007 to 2008. He was an editor for the Journal of the Chinese Institute of Electrical Engineering from 2000 to 2004 and an editor for the Magazine of the same organization from 2003 to 2008. He was a guest co-editor for the IEEE Transactions on Vehicular Technology (Special Issue on Intelligent Transportation Systems and Telematics Applications) in 2008. Dr. Chung is a Fellow of the IEEE.

Dr. Chung has been very active in industrial development and government services in Taiwan. From 2004 to 2008, he served as the Chairman of the Wireless System Group of the National Science and Technology Program for Telecommunications, and the founding Chairman of the Taiwan Broadband Wireless Communications Industry Alliance. Since 2001, Dr. Chung joined several Technology Review Boards of the Ministry of Economic Affairs, and acted as the Chairman of the Board of Computer, Consumer Electronics, Communications, Optoelectronics, and Semiconductor Electronics from 2005 to 2008 and the Board of the Technologies and Applications from 2012 to 2013. Dr. Chung acted as Deputy Executive Secretary of the Science and Technology Advisory Group and of the National Information and Communication Security Taskforce during 2008-2011, Executive Secretary of the Digital Convergence Taskforce during 2011-2012 and of the National Information and Communication Initiative Committee during 2014-2016, Member and Executive Secretary of the Board of Science and Technology during 2014-2016, and Minister without Portfolio in 2016, all under the Executive Yuan (the Cabinet), and was involved in cross-ministry national policy making and coordination in a variety of science and technology areas including information and communications, digital content, digital convergence, electronics, technological innovation, biotechnology, agrobiology, talent cultivation, etc. Dr. Chung was awarded Merit Medal by Executive Yuan in 2016 to honor his contribution in reviewing national programs and making national policies in science and technology.