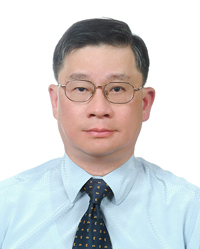 Professor Yang received his BS and Ph.D. degrees, both in electrical engineering, from National Taiwan University and University of Illinois at Urbana-Champaign, in 1976 and 1984, respectively. After nine year service as a faculty member at the Pennsylvania State University, he returned to Taiwan in 1993 and became a faculty member in the Institute of Photonics and Optoelectronics, and Department of Electrical Engineering, National Taiwan University, in which he is currently a distinguished professor. Professor Yang has published about 300 SCI journal papers and made more than 700 presentations at prestigious international conferences, including over 130 invited talks. His research areas include MBE and MOCVD growths of wide-band-gap semiconductor nanostructures, LED fabrication, plasmonics, and bio-photonics. Professor Yang is a fellow of Optical Society of America and a fellow of SPIE. He is also a recipient of the MOST outstanding research award.