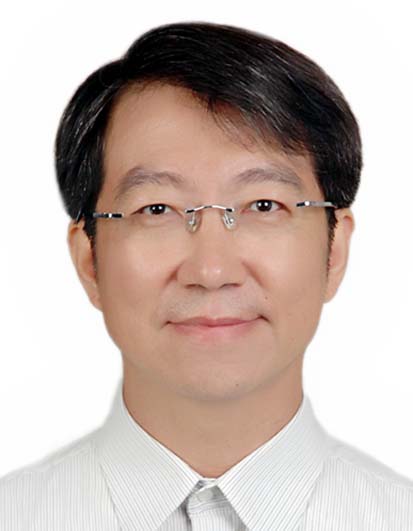 Chi-Kuang Sun (孫啟光) was born in Tainan, Taiwan in 1965. He received the B. S. degree in Electrical Engineering from National Taiwan University in 1987, and the M. S. and Ph. D. degrees in Applied Physics from Harvard University in 1990 and 1995, respectively. He was a visiting scientist at the Research Laboratory of Electronics, Massachusetts Institute of Technology between 1992 and 1994 and between 2015 and 2016, respectively, working on femtosecond laser development, ultrafast phenomena studies of semiconductor lasers, and biophotonic imaging. He was with the NSF Center of Quantized Electronics Structure (QUEST) at the University of California at Santa Barbara from 1995 to 1996 as an assistant research fellow, conducting research on quantum dots, GaN, microcavity, and high speed communication systems.

Dr. Sun was an associate professor since 1996 and is now a distinghished professor in the Graduate Institute of Photonics and Optoelectronics, Graduate Institute of Biomedical Electronics and Bioinformatics, and Department of Electrical Engineering at National Taiwan University. He is also an adjunct research fellow in the Research Center for Applied Science and Institute of Physics, Academia Sinica. He is the founder of the Molecular Imaging Center of NTU, one of the 7 NTU Excellence Centers. His current research interests are primarily concerned with femtosecond optics, medical microscopy, nanoacoustics and nanoultrasonics, as well as molecular and nano imaging.

He has received numerous honors and awards and is a fellow of the Optical Society of America (2004), Royal Microscopical Society (2004) of London, IEEE (2009), and SPIE (2009). He received the Outstanding Research Awards (2004-2007, 2009-2012, 2012-2015) from the Ministry of Science and Technology, Merit Awards of National Health Research Institute of Taiwan (2003-2009;2009-2016), Academia Sinica Research Award for Junior Researchers (2001) from Academia Sinica of Taiwan, Y.Z. Hsu Science Chair Professorship (2014), AmTRAN Chair Professorship (2017), Pan-Wen-Yuan Foundation Outstanding Research Award (2013), Leica Microsystems Innovation Award (2003) from Focus on Microscopy in Italy, and C.N. Yang Outstanding Young Researcher Award (2000) from Association of Asian Pacific Physical Society. He served as the chair of the Taiwan Section of Optical Society of America between 2007 and 2008 and the topical editor of Optics Letters (2013-2016). He is currently the Chairperson of the Photonics Division, MOST and an editorial board member of Scientific Reports.