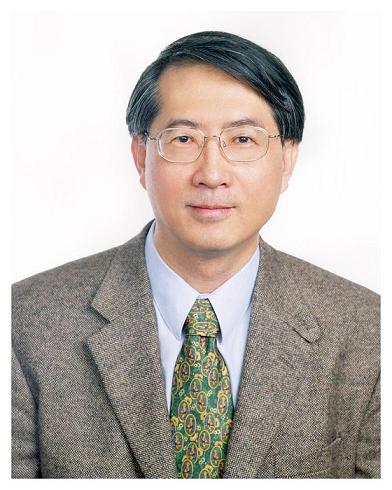 Ching-Kuang C. Tzuang (S’80–M’80–SM’92–F’99) received the B.S. degree in electronic engineering from the National Chiao Tung University, Hsinchu, Taiwan, R.O.C., in 1977, the M.S. degree from the University of California at Los Angeles, in 1980, and the Ph.D. degree in electrical engineering from the University of Texas at Austin, in 1986. From 1981 to 1984, he was with TRW, Redondo Beach, CA, where he was involved with analog and digital MMICs. Since 1986, he has been with the Institute of Communication Engineering, National Chiao Tung University. In February 2004, he joined the Graduate Institute of Communication Engineering, Department of Electrical Engineering, National Taiwan University, Taipei, Taiwan, R.O.C., where he conducts researches on advanced guiding structures for research and development of RF system-on-chip, integrating active and passive microwave/millimeter-wave RF signal-processing components into a single chip. His research activities also involve the design and development of millimeter-wave and microwave active and passive circuits and the field theory analysis and design of various complex waveguide structures and large-array antennas. He has supervised 63 M.S. students and 22 Ph.D. students. Dr. Tzuang helped in the formation of the IEEE Microwave Theory and Techniques Society (IEEE MTT-S) Taipei chapter, and served as secretary, vice chairman, and chairman in 1988, 1989, and 1990, respectively. Recently he devotes to the promotion of 60 GHz WPAN sbandardization in association with Japan advanced technology and scaled microwave RF SOC technology with Stanford university.