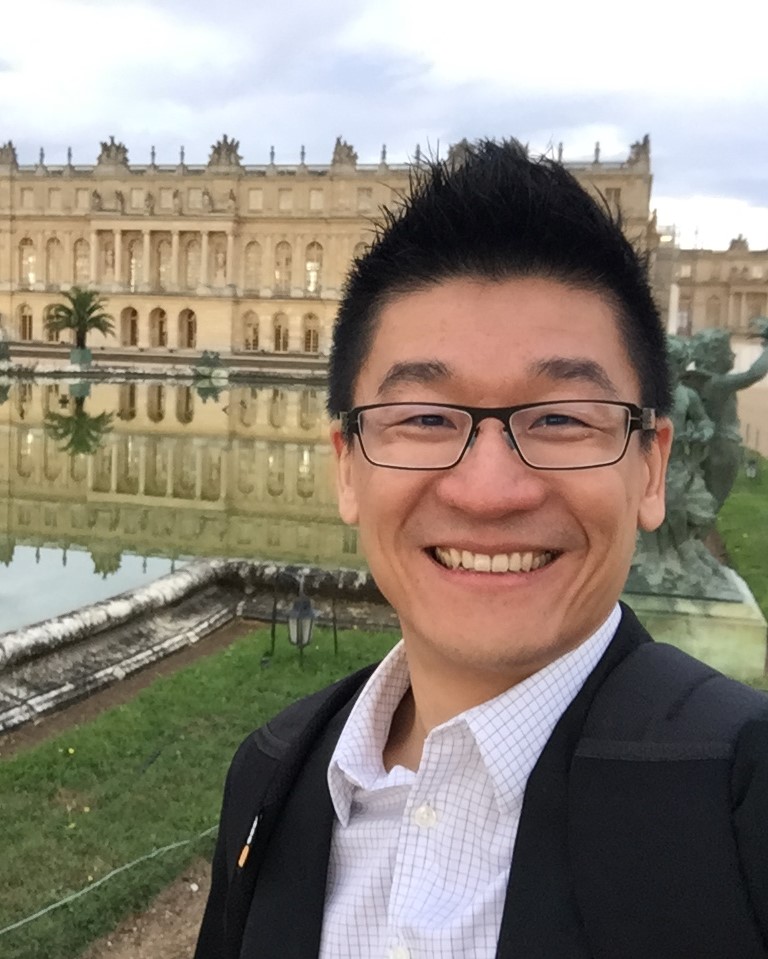 Shih-Yuan Chen was born in Changhua, Taiwan, in May 1978. He received the B.S. degree in electrical engineering in 2000, and the M.S. and Ph.D. degrees in communication engineering in 2002 and 2005, respectively, all from the National Taiwan University, Taipei, Taiwan.

From 2005 to 2006, Dr. Chen had been a post doctorate research fellow with the Graduate Institute of Communication Engineering, National Taiwan University, working on 60-GHz switched-beam circularly-polarized antenna module. Since July 2006, he joined the faculty of the Department of Electrical Engineering and Graduate Institute of Communication Engineering, National Taiwan University, where he is currently a professor. From August 2008 to July 2009, Dr. Chen had visited the Department of Electrical and Computer Engineering at the Michigan State University, East Lansing, MI, USA. His current research interests include the design and analysis of microstrip antennas/arrays, reflectarrays, RF energy harvesting, metamaterial and composite right-/left-handed transmission lines, self-structuring microwave devices, and microwave imaging.

Dr. Chen received the NTU Outstanding Mentoring Award in 2020, the NTU Excellent Teaching Awards in 2009, 2010, 2012, 2013, 2014, and 2015. He also received the 2012 International Symposium on Antennas and Propagation Young Scientist Travel Grant, the 2013/2014 Top 10 Reviewers of IEEE Transactions on Antennas and Propagation, the Ministry of Science and Technology Research Projects for Excellent Young Scholars in 2012, 2015, and 2017, and the Outstanding Associate Editor of IEEE Antennas and Wireless Propagation Letters in 2020. He serves as an Associate Editor for IEEE Antennas and Wireless Propagation Letters. He was the Chairperson of IEEE AP-S Taipei Chapter, and is a member of the Education Committee of IEEE AP society. Dr. Chen is a Senior Member of the IEEE, Member of IET, and a member of Commission B of URSI.