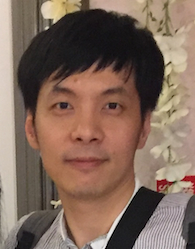 Tsung-Te Liu received the B.S. and M.S. degrees from National Taiwan University, Taiwan, in 2002 and 2004, respectively, and the Ph.D. degree from the University of California, Berkeley, in 2012, all in electrical engineering.

From 2004 to 2005, he was with MediaTek Inc., Taiwan, where he was involved in circuit and system design for wireless communications. From 2005 to 2012, he was a member of the Berkeley Wireless Research Center (BWRC) at the University of California, Berkeley. From 2012 to 2014, he was with Interuniversity Microelectronics Centre (IMEC), Belgium, where he conducted research on circuit development for advanced CMOS technology. In 2014, he joined the faculty of National Taiwan University, Taiwan, where he is currently an Associate Professor of the Graduate Institute of Electronics Engineering and the Department of Electrical Engineering. He is the recipient of several design and teaching awards. His research interests involve energy-efficient circuit and system designs.