(1)        Research on One-dimensional (1-D) and Two dimensional (2-D) Digital Signal Processing: Theory and Design of 1-D and 2-D FIR and IIR digital filters and filter banks with continuous filter coefficients or discrete filter coefficients. For many communication and signal processing systems, quadrature mirror filter (QMF) banks have been widely used to achieve the goals of subband coding and short-time spectral analysis. In these applications, a QMF bank is employed to decompose a signal into subbands and the subband signals in the analysis system are decimated by an integer equal to the number of subbands. We have studied and developed theory and design of 1-D, 2-D Filters,  Filter Banks, and Wavelet Filter Banks with linear phase or low group delay response for Applications in Audio, Image, and Video Signal Processing.

(2)        Research on 1-D and 2-D adaptive array signal processing: Theory and Robust techniques for 1-D and 2-D adaptive array beamforming and bearing estimation in the presence of coherence signal sources, array sensor position errors, near field sources, and steering angle error, etc. One of the most important problems in a multiuser asynchronous environment is the inter-user interference, which can degrade the performance quite severely. This is the case also in a practical Code-Division Multiple Access (CDMA) system, because the varying delays of different users induce non-orthogonal codes. The base stations in mobile communication systems have long been using spatial diversity for combating fading due to the severe multipath. However, using an antenna array of several elements introduces extra degrees of freedom, which can be used to obtain higher selectivity. An adaptive receiving array can be steered in the direction of one user at a time, while simultaneously nulling interference from other users, much in the same way as the beamforming techniques. Recently, we also consider the research on OFDMA wireless communication systems. Theory and Techniques have been studied and developed for the adaptive processing of array signals in Smart Antennas with Applications in Wireless, Mobile Communications, and Anti-jamming Communications.

(3)       Analysis and Processing of joint vibration signals for the diagnosis of cartilage pathology: Research on the topics of vibration arthrometry based on the previous studies in this field. They include (a) using physiological patello-femoral crepitus to detect the cartilage integrity of the patellofemoral joint (IEEE Transactions on Biomedical Engineering 47(8):1-3, 2000.). (b) Iatrogenic knee clicks are the most valuable materials for the vibration arthrometric study. Prosthetic wearing signals are useful for a non-invasive diagnosis of the prosthetic wears (metal or polyethelene) (IEEE Transaction Biomedical Engineering 47(2): 219-227, 2000). (c) Analysis of temporomandibular joint vibration signal by mathematical model. (d) Analysis of vibration signals due to subtle lameness and musculoskeletal disorders of horse. We have designed a new diagnostic instrument, Equine Vibration ArthroMetry system (EVAM), which can differentiate horses with musculoskeletal disorders caused by different origins including foreign force damage, chronic laminitis, carpal hygroma, and aged skeletal changes from normal healthy horses. Mathematical algorithms have been developed for the analysis of articular vibration signals of fetlock joints of forelimbs.  We can differentiate between healthy horses and sick horse with musculoskeletal system disorders more easily, economically, and nonivasively.

Another iatrogenic knee click is found for many years by the orthopaedic surgeons who perform cruciate ligament reconstruction for the cruciate ligament deficiency knee. These abnormal noises in the reconstructed knee cause anxiety to the patient. Yet the nature of these noises remains unclear. Through signal analysis, characteristic signal parameters of the abnormal click could be defined and used for a non-invasive diagnosis.

4.  Based on the achievements obtained from (1) and (2), we have been conducting some more advanced researches including the explorations of theories and applications in the areas of multiple-input multiple-output (MIMO) massive wireless communication systems and MIMO radar systems for the next generation MIMO wireless communications. 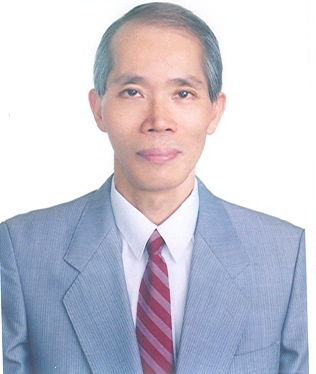