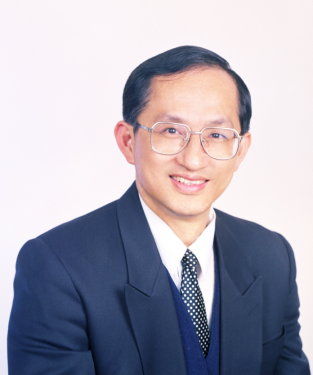 Ruey-Beei joined the faculty of this department in 1982 and was promoted as a Professor in 1990. He served as the Department Chair since August 2004 to July 2007. He has been with the Graduate Institute of Communications Engineering since its foundation in 1997. He was a Post Doctor at the IBM East Fishkill Facility, NY, from March 1986 to February 1987; a Visiting Researcher at the Electrical Engineering Department, University of California at Los Angeles, from August 1994 to July 1995, and a Visiting Professor at the Department of Information Technology, Ghent University, Belgium, from March to July, 2009.

From May 1998 to April 2000, he was appointed as Director of the National Center for High-performance Computing and was responsible for Taiwan's Next Generation Internet project anchored by the National Science Council. From November 2002 to July 2004, he served as Director of the Department of Planning & Evaluation, National Science Council, for the coordination of the national science & technology development. He also served as the President of the Institute for Information Industry from Dec. 2012 to May 2016.

His research interests include computational electromagnetics, transmission line and waveguide discontinuities, microwave and millimeter wave planar circuits, and interconnection modeling and design for advanced packaging. He has authored more than 300 papers in international journals and conferences, and a couple of domestic and American patents,

He was elected to serve as Chair of the IEEE Taipei Session in 2007-2009. Owing to his leadership, the Section received 2008 R10 Distinguished Large Section Award and then MGA Outstanding Large Section Award for 2008 Activities with citation "for successful efforts in fulfilling the educational and scientific goals of IEEE for the benefit of the public by maintaining, enhancing, and supporting the Student Branches, Technical Chapters, and Affinity Groups of the IEEE Taipei Section in Region 10". He was also recognized by the IEEE Region 10 with Outstanding Volunteer Award in 2009 and elected to receive the IEEE MGA Innovation Award for "his outstanding efforts in promoting IEEE membership, chapter consolidation, and talents cultivation, especially initiating the Electromagnetics Education Initiative."

He is IEEE Fellow with citation "for contributions to coplanar waveguide passive components." He has received numerous awards, including the Youth of Scientific Talent Award by National Culture Renaissance Association in 1975, the Outstanding Young Scientist Fellowship by URSI in 1990, the Distinguished Research Awards by National Science Council in 1990, '93, '95, and '97, the Outstanding Young Engineer Award by Chinese Institute of Engineers in 1992, the Outstanding Electrical Engineering Professor Award by Chinese Institute of Electrical Engineers in 1999, and the Outstanding Research Award from National Science Council in 2005. His paper entitled "Fast methodology for determining eye-diagram characteristics of lossy transmission lines," was selected to receive the 2009 Best Paper Award of IEEE Transactions on Advanced Packaging. In 2011, he received the IEEE EPEPS 20th Edition Recognition Award with citation: "for providing the leadership and outstanding contributions to the organization of EPEPS for its sustained growth over the past twenty years."  He also received the outstanding research award from Wen-Yuan Pan Foundation and the 57th Academic Award from the Ministry of Education, Taiwan, in 2013.