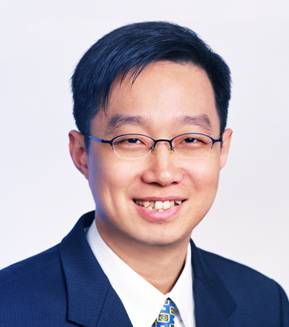 From 1997 to 1998, he was with Academia Sinica, Taipei, Taiwan, investigating control systems for novel solid-state lasers. From 2000 to 2001, he was with Cognet Microsystems, Los Angeles, CA, and subsequently with Intel Corporation, where he worked on SONET OC-192 and OC-48 transceivers. Since 2004, he has been Assistant Professor of electrical engineering at National Taiwan University. He is currently serving on the Technical Program Committees of the International Solid-State Circuits Conference (ISSCC) and Asian Solid-State Circuits Conference (A-SSCC). His research interests include broadband data communication circuits, wireless transceivers, A/D and D/A converters, phase-locked loops and low-noise broadband amplification, and modeling of passive and active devices in deep-submicron and nanometer CMOS technologies.