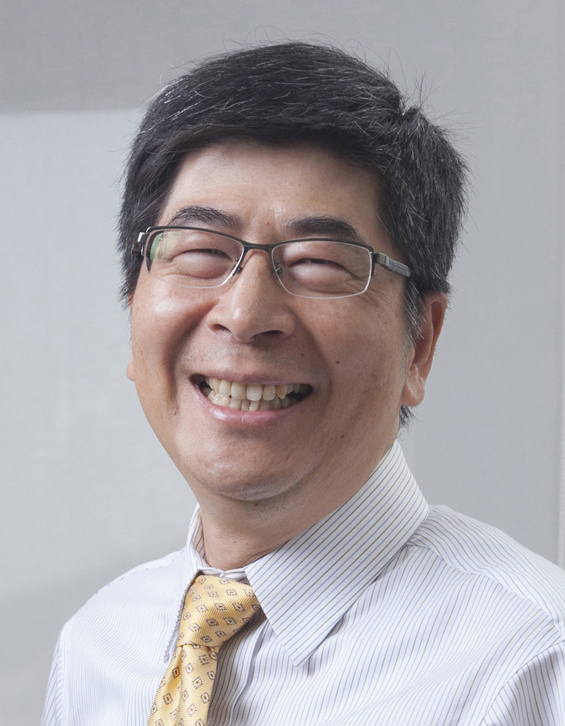 Tzong-Lin Wu, received the B.S.E.E. and Ph.D. degrees from National Taiwan University (NTU), in 1991 and 1995, respectively. From 1995 to 1996, Tzong-Lin was a Senior Engineer at Micro-electronics Technology Inc. He joined the Central Research Institute of the Tatung Company in 1996-1998, where he was involved in the analysis and measurement of electromagnetic compatibility/electromagnetic interference (EMC/EMI) problems of high-speed digital systems. In 1998, he decided in favor of an academic career and accepted a faculty position at the Electrical Engineering Department, National Sun Yat-Sen University. Since 2006, he has been a Professor in the Department of Electrical Engineering and Graduate Institute of Communication Engineering (GICE), NTU. In Summer 2008, he was a Visiting Professor with the Electrical Engineering Department, University of California at Los Angeles (UCLA). His research interests include EMC/EMI and signal/power integrity design for high-speed digital/optical systems. Tzong-Lin served as the Director of the GICE in 2012-2018. He is currently the Associate Dean of College of Electrical Engineering and Computer Science.

Tzong-Lin received the Excellent Research Award and the Excellent Advisor Award from National Sun Yat-Sen University in 2000 and 2003, respectively, the Outstanding Young Engineers Award from the Chinese Institute of Electrical Engineers in 2002, Wu Ta-You Memorial Award (吳大猷先生紀念獎) from the National Science Council (NSC) in 2005, Outstanding Research Award (國科會傑出研究獎) from NSC in 2011, 2014, and 2017, the IEEE Transactions on Advanced Packaging Best Paper Award in 2011, Outstanding Research Innovation Award (台大研發創新傑出獎) from NTU in 2013, Outstanding Technology Transfer Contribution Award (國科會傑出技術移轉貢獻獎) from NSC in 2013, 2014 Outstanding Teaching Award (台大教學傑出獎) in NTU (top 1%), 2015 IEEE EMC Society Motohisa Kanda Award for a IEEE T-EMC paper with highest citation for those published T-EMC papers in past 5 years, TECO Award (東元獎) in 2020, and Academic Award (教育部學術獎) from Ministry of Education (MoE) in 2020.

He has served as the Chair of the Institute of Electronics, Information and Communication Engineers (IEICE) Taipei Section in 2007-2011, the Treasurer of the IEEE Taipei Section in 2007-2008. He was a member of the Board of Directors (理事) of the IEEE Taipei Section in 2009-2010 and 2013-2018, the member of Board of Directors (BoD) of IEEE EMC Society in 2016-2023, and President of Chinese Microwave Association (中華民國微波學會) in 2019-2020. He served the IEEE EMC Society as a Distinguished Lecturer for the period 2008–2009. He was Co-Chair of the 2007 IEEE Electrical Design of Advanced Packaging and Systems (EDAPS) workshop, General Chair of the 2015 Asia Pacific EMC Symposium (APEMC) , and Technical Program Chair of the 2010 and 2012 IEEE EDAPS Symposiums. He was the Associate Editor of IEEE Transactions on EMC (2015-2018), IEEE Transactions on CPMT (2016-2018), Editor-in-Chief of International Journal of Electrical Engineering (2015-2020). He is the Editor-in-Chief of IEEE Transactions on EMC since 2018. Dr. Wu is IEEE Fellow.